I realized it’s been a LONG time since we updated, and this is a big part of why: after months of working hard on PT and with our vets, we finally decided that Feta’s bad back leg was not going to make a comeback, and so we opted to make her a double-amputee.

She is now Feta the Two-Legged Cat (link goes to her Facebook page) and doing great! She scoots along like she did before, but a bit more easily now without the dead weight of her bum third leg. 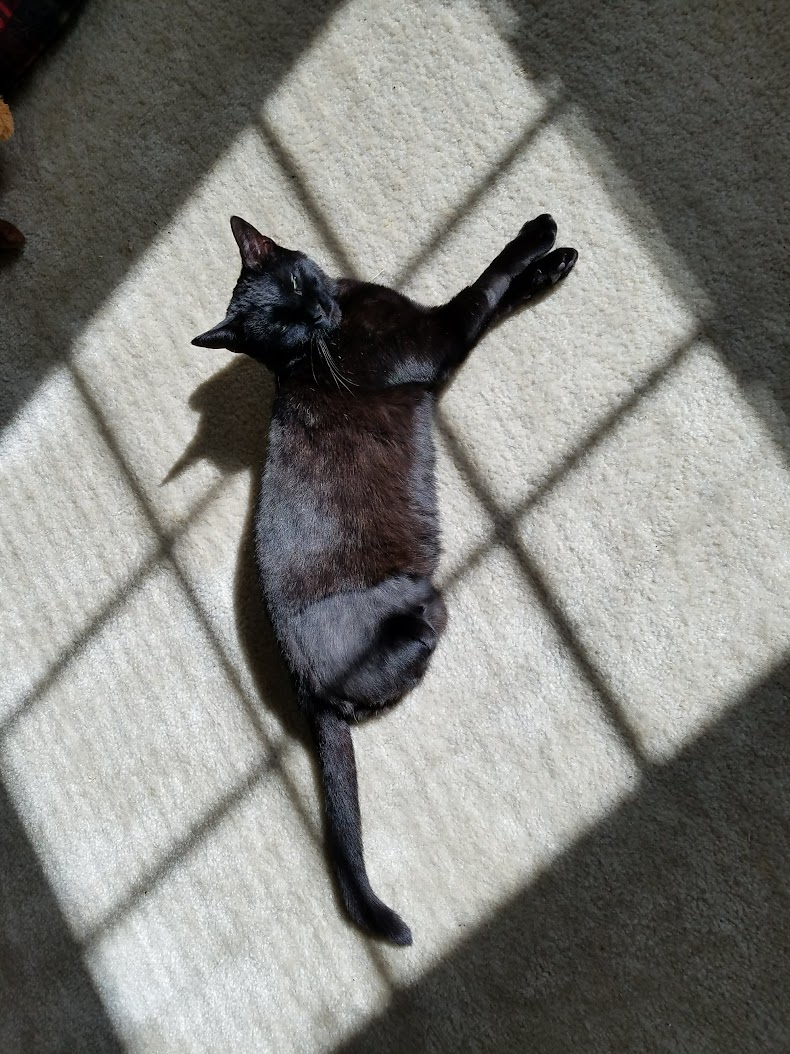 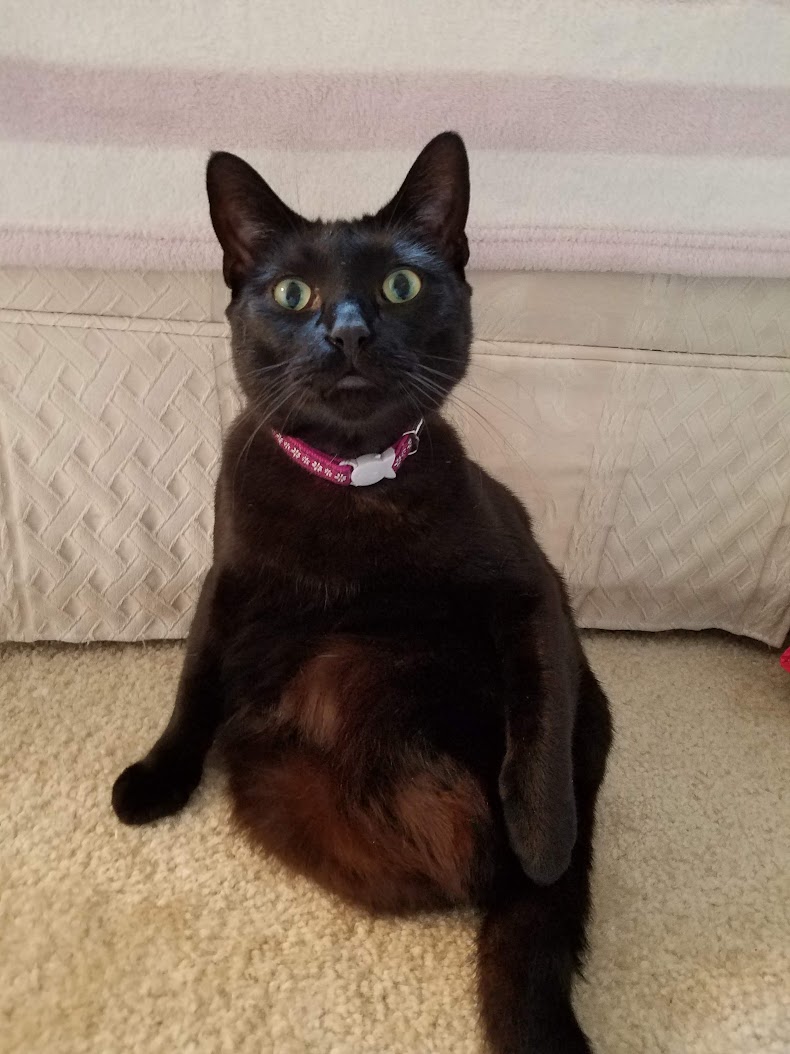 The biggest problem we’ve had is that we moved into an apartment with wall-to-wall carpet, and Feta has discovered she LOVES to pee on carpet. It’s not that she can’t pee in the litter box, it’s that she really doesn’t WANT to.

We’ve had to move to extreme measures, and Feta now goes into Bathroom Jail every morning at breakfast time. She has two litterboxes like this:

They’re marketed as “dog litter boxes” but work perfectly for her needs. In “her bathroom” (master bath, sigh) she has 2 of these, 1 filled with Yesterday’s News litter (though really she doesn’t seem to mind whatever type of litter) for her to poop in, and one with an absorbent “puppy pad” (unscented only) for her to pee on.

She is locked in the bathroom with a bowl of water and her heavily-watered-down wet food breakfast, and when she has peed in the pee box, she gets let out to join the rest of the house. Usually this takes 30 minutes or less, though sometimes she decides we should play a game of “litterbox chicken” and she tries to wait me out. If I cave, she pees on the carpet immediately.

This “jail” program works relatively well since she only pees once per day (part of why I water her food down – I worry about dehydration) but occasionally we get out of sync and she either has to stay in jail for a long time or ends up hitting the carpet before I imprison her for the morning.

I’m not going to lie and say it’s easy or fun, but it seems to be the best solution we can come up with for now.

Meanwhile, she uses the “normal” litterboxes like a champ when she has to poop. Cats!!!

So Feta is a total pain in the neck about her litterbox habits, but we suffer through because she’s a good soul and I love her anyway. 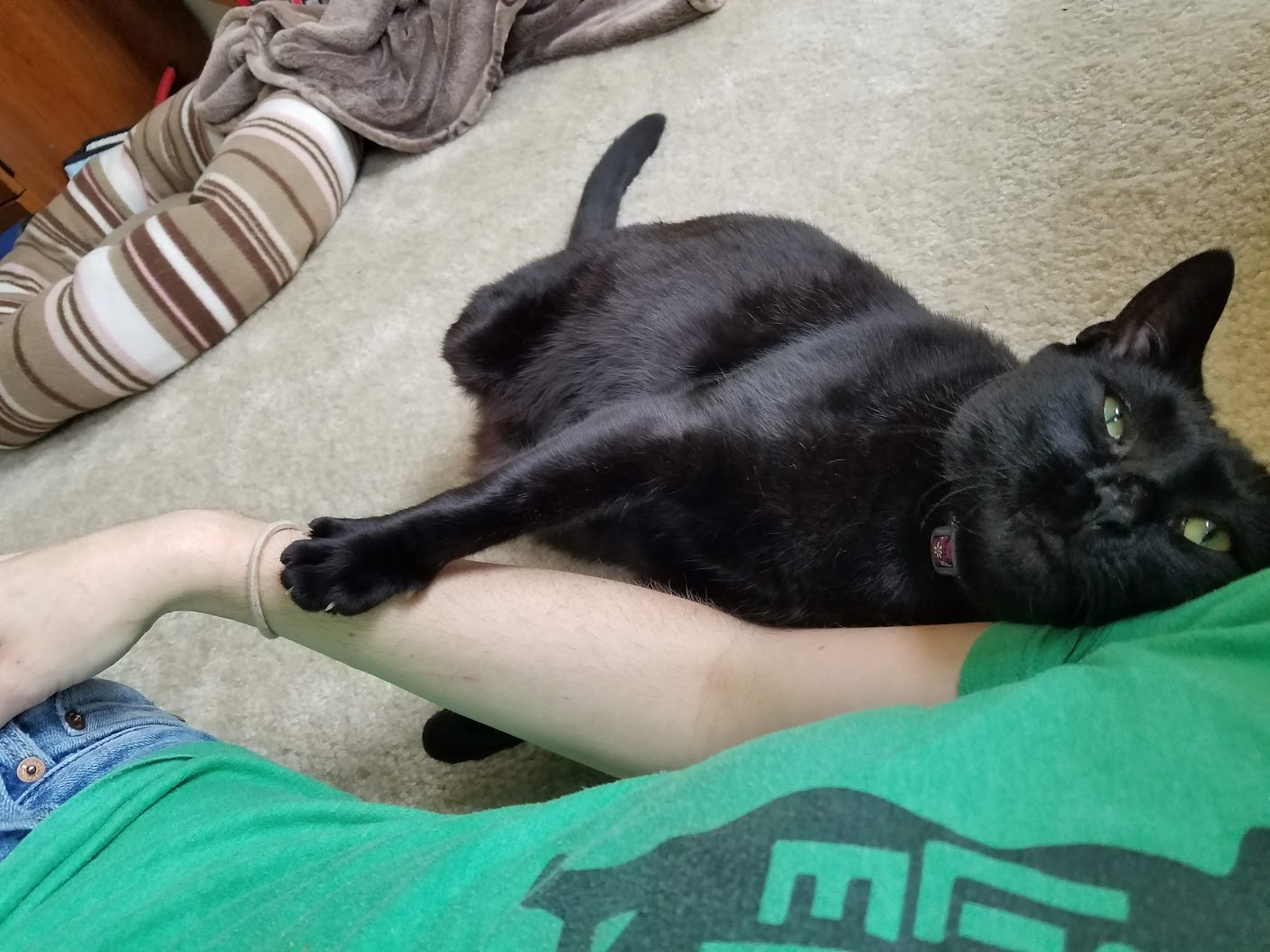 We are continuing to foster A LOT with TLC Rescue (NJ). Feta has gone from “seriously annoyed about strange cats in the house” to “oh hey look, a new kid – do they have any food?” She doesn’t love the kittens and their annoying antics, but she puts up with them, and is very good with the less-annoying adult cats. 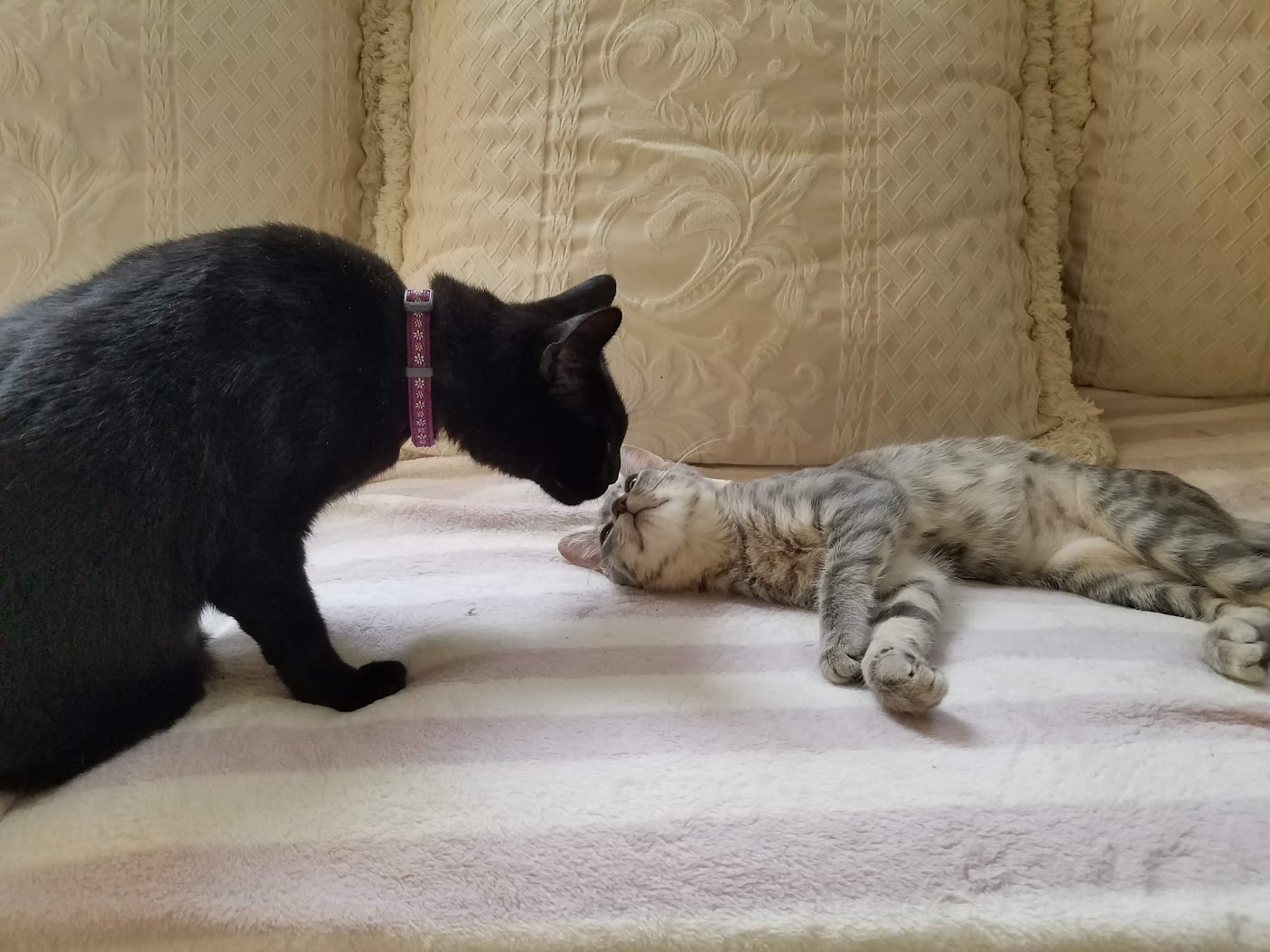 One of our longest-term fosters was Justin. We had this poor sweet trainwreck kitty I posted about earlier for about a year and a half – it ended up being a “fospice” since he was older and very sick. He was a very sweet boy and we had to put him to sleep just after Thanksgiving. :'( 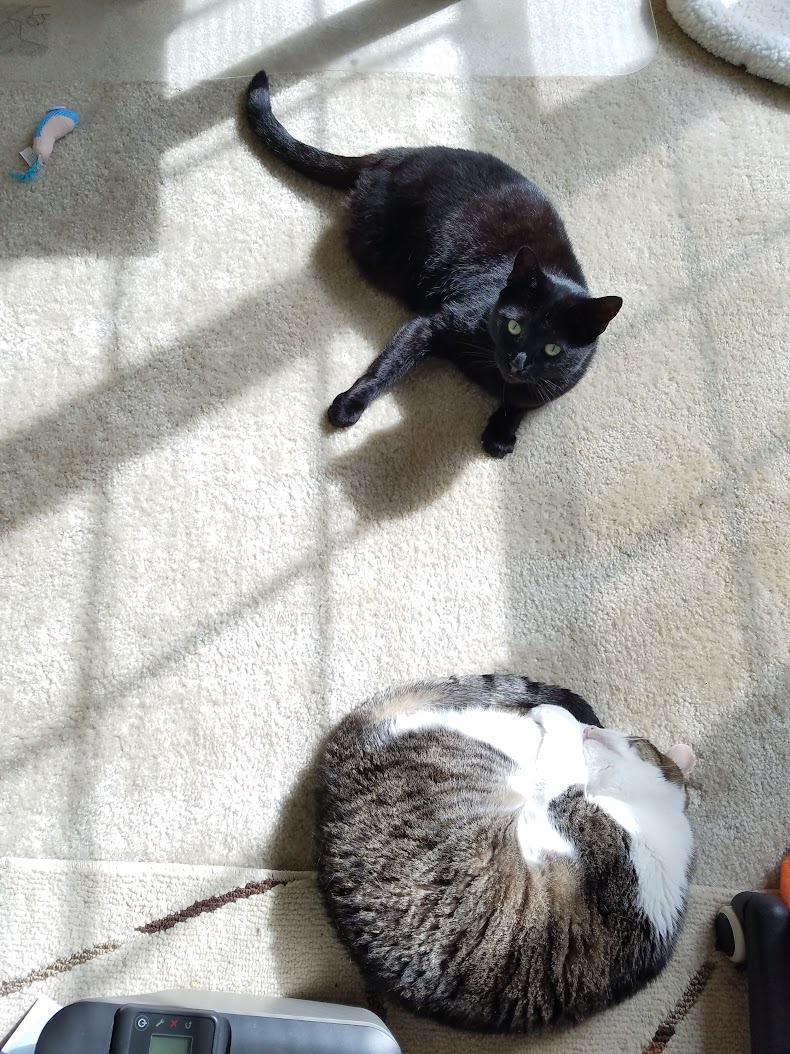 Feta also now has a permanent kitty sibling in Julius, a beautiful and sweet orange tabby who was kind of a “foster fail” – raised as a bottle baby, adopted out, then returned. He and Feta are really good friends and I love watching them together! 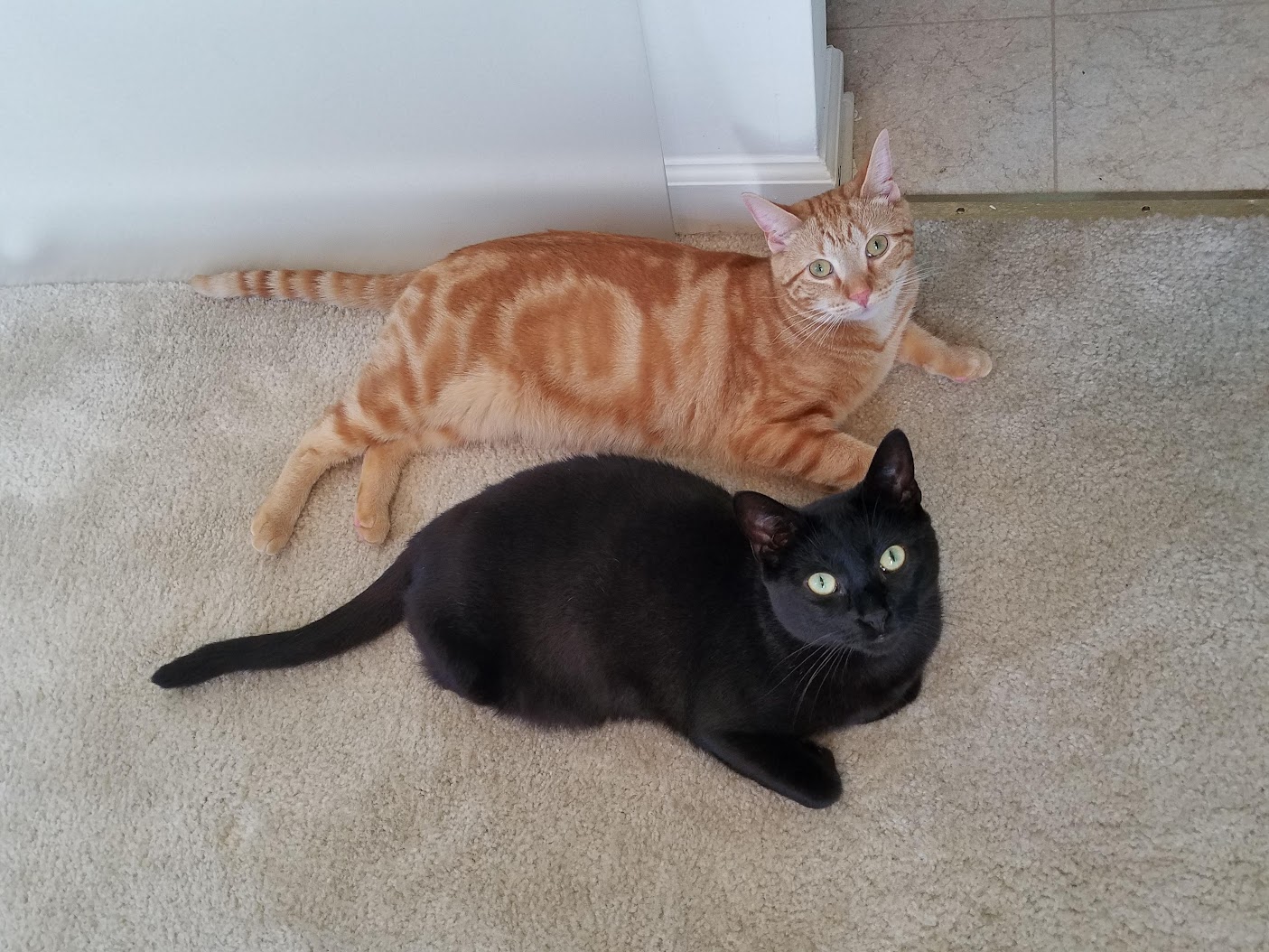 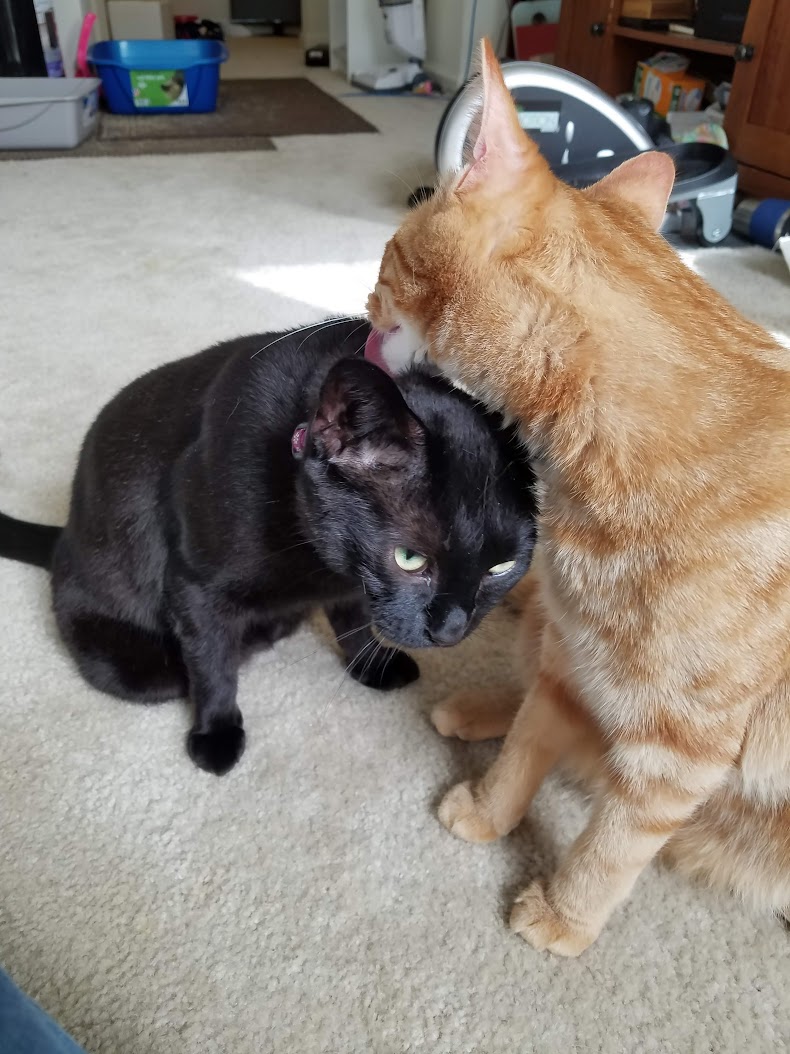 So, that’s the updates of the moment! We’re more active on Facebook and Instagram (@courtneys_critters, and @theluckycatrescue) than here, but still get notifications on comments etc., so if anyone is looking for any tri-kitty or now BI-kitty tips, always feel free to hit us up!

Feta the Three Legged Cat is brought to you by Tripawds.
HOME » NEWS » BLOGS » FORUMS » CHAT » YOUR PRIVACY » RANDOM BLOG